What is the problem in this management/executive team?

You once started this company or joined this management team with enthusiasm, conviction, and a purpose. You wanted to create something special, something beautiful.

And now? Things are just not running smoothly, the pressure is always on, discussions lead nowhere. Your team members seem to be getting on your nerves more and more. Something’s just not right in your team. But what exactly? Things clearly need to change, because this isn’t working.

You’ve actually struck gold with your organization, but if you don’t pay attention to the team right now, it’ll slip right through your fingers.

The Teamcoach works with management and executive teams who are a bit stuck. They know they need to pay attention to what’s going on if they want to get that one important job done. That’s exciting and a little stressful….

The Teamcoach doesn’t offer cosmetic solutions: we work with your reality as it is now. We get the bug out of the system. For good! 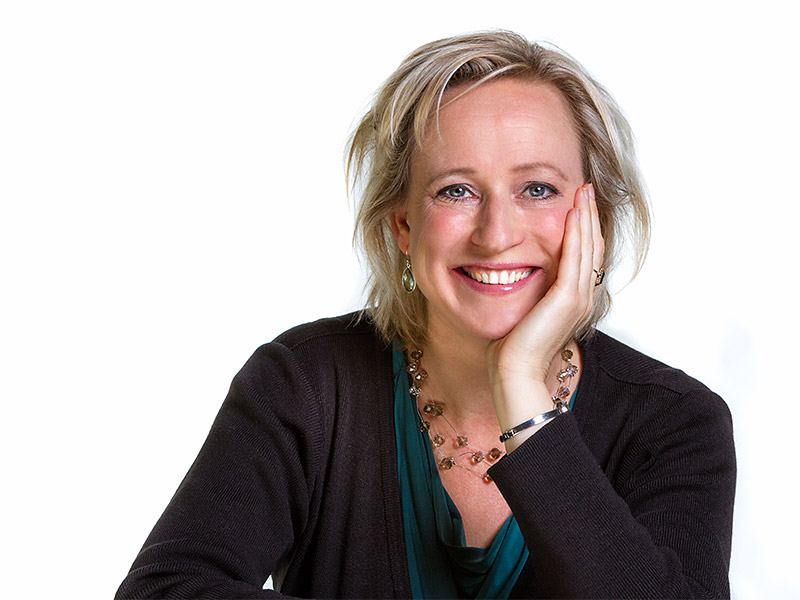 I believe the world needs one thing above all: more trust and less resistance. Do you know you’re ready for exactly this? Call me at 06-41335607.

What questions can I ask?

Natasja can and isn’t afraid to pinpoint the essence

“Natasja Hoex is a woman with guts and a convertible. She says exactly what’s so difficult to point out. With that, she does get right to the essence, whereas others just linger and beat around the bush. You’ll appreciate that in her because you’re those kind of people who don’t just let someone tell them what to do.
Do you want to get out of this mess you’re in? Then give her a call 06-41335607.

The Teamcoach doesn’t offer quick-fix solutions: we work with your reality as it is now. We get the bug out of the system. For good! 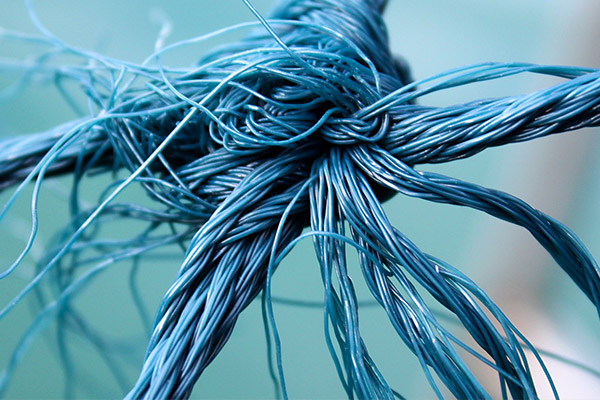 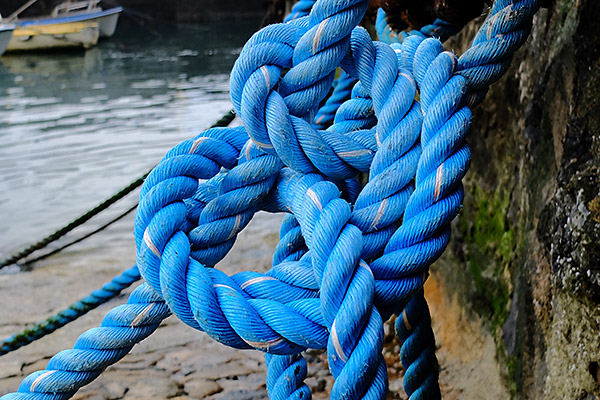 Download yourFREE Avoiding Trapshere and have an improved team by tomorrow. 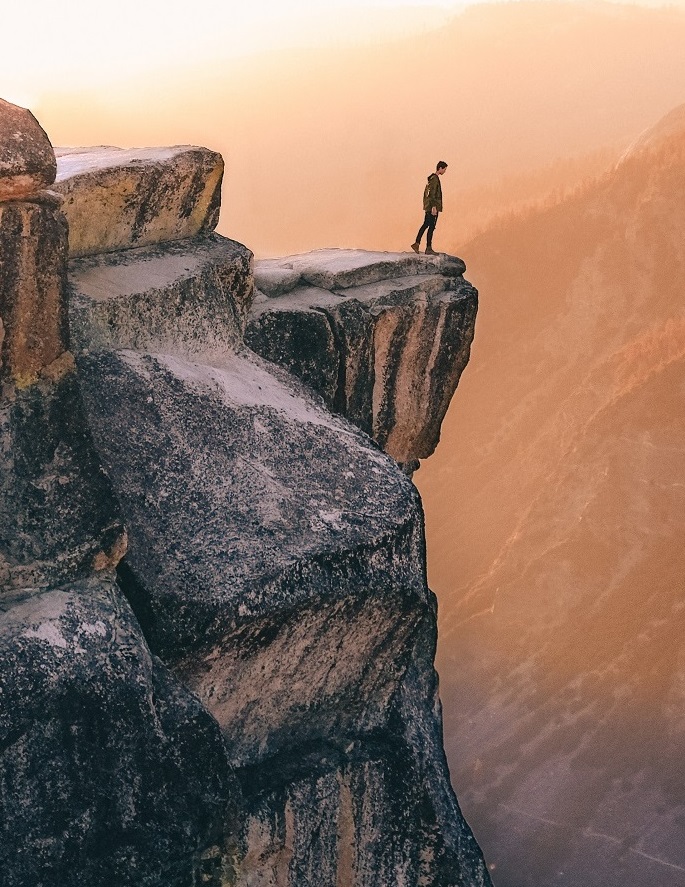 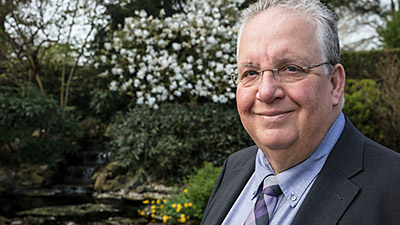 “I’ve frequently attended these kind of sessions over the past 30 years; usually we remember where we ate, but not what we actually did. This is the first time in 30 years that I attended a session that had so much impact. Short-term impact as well as months thereafter.” 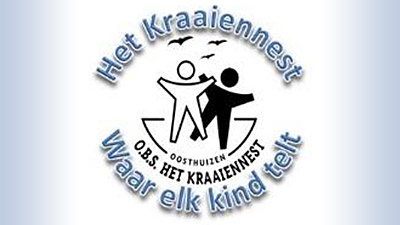 We give The Teamcoach a B+

“We weren’t sure whether we should hire a team coach because we actually thought we should be able to work this out ourselves. As teachers, we work with groups all day, so we should be able to solve our own group problems. I had also just recently started working as the director, so yeah, [it seemed a little premature] asking someone right away to come help. And yet at some point we didn’t have a choice. Employee satisfaction was low and parents were complaining about the atmosphere at school. Something had to be done.”

Our request was: “Help us transform our team into a team that performs like a true team instead of as separate islands. We also wanted to end the grapevine communications and turn these into a way of dealing with each other that’s effective.” And it worked! Things weren’t resolved for us but together with us, by showing us step by step why we kept on working together all these years in a way which actually wasn’t pleasant at all.

After sharing things that seemed very scary at first, it turned out nothing on earth was strange to us anymore and once again, we were just that group of teachers who wanted to do things very well. And we do! We never needed The Teamcoach again. Not only did we know how to solve this problem; from now on, we knew how to grab the bull by the horns and solve every problem. 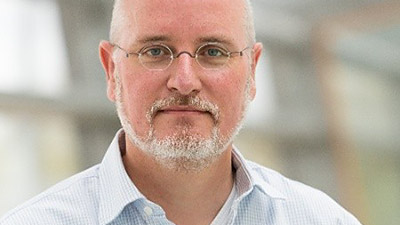 “We never had any doubts about calling in external help. Arjan and I looked at each other when we talked about the lack of dynamic in this team, and we immediately knew: you can’t fix this and I can’t fix that. Let’s invest this externally. We received a number of profiles from team coaches who specialize in this. Very soon, Natasja caught our attention because she had worked with teams in complex environments before. Someone recognized her name. He said: “I know her. I’ve worked with her before.” He said he looked back on it very positively and that it had been very helpful. Then all our doubts were completely gone; someone close to us was positive and we had a very good feeling about Natasja when we talked to her. We then even ran after her following our conversation with her because by then we actually already knew. We didn’t need to talk to anyone else anymore.”

In the end, we had a very positive experience. As managers, we started and closed the two-day event. We weren’t there for the remaining period. It was only two days, but by the time the event ended, I saw a different team. I left a group of individuals behind with Natasja and I came back the following day and saw a team, a real club. And I don’t know what she did to them in those 24 hours, but I thought and still find that very impressive. And the team has benefited from it greatly.

They’re now taking various initiatives, toward each other too. The sharp edges in relation to each other have smoothened, although they aren’t completely gone; the tension still builds when under pressure. But they’re aware of it now.

It’s more of a team internally, and even in public, they seek dialogue now more instead of throwing it over the fence.

It was more like: “That’s yours, I won’t interfere with that. But if you do it wrong, I’ll know where to find you buddy.”

I think the strength of The Teamcoach lies in bringing those differences together.

The Teamcoach in the media

The story De Dapper Leeuw (The Brave Lion) by Natasja Hoex was published on May 2019 in the WNF Rangers Junior magazine.

Bullied from nine to five

On April 19, 2019, Natasja Hoex appeared as an expert on the Dutch TV program called “Gepest van negen tot vijf” (Bullied from nine to five) about being bullied at work.

Natasja Hoex was interviewed by De Metro on March 25, 2019 about gossiping at work. Click here to read the article (in Dutch).

You can read an interview on January 18 in Nu.nl with Natasja Hoex about group behavior at singalong concerts. Click here to read the article (in Dutch)

In 2014, Natasja Hoex was interviewed for an article in De Sprout on team collaboration. Click here to read the article (in Dutch).

Natasja Hoex’s e-book called Meer teamresultaat (More team results) was published in 2017 via Bookboon. The audiobook is in the works. Click here to order the e-book. 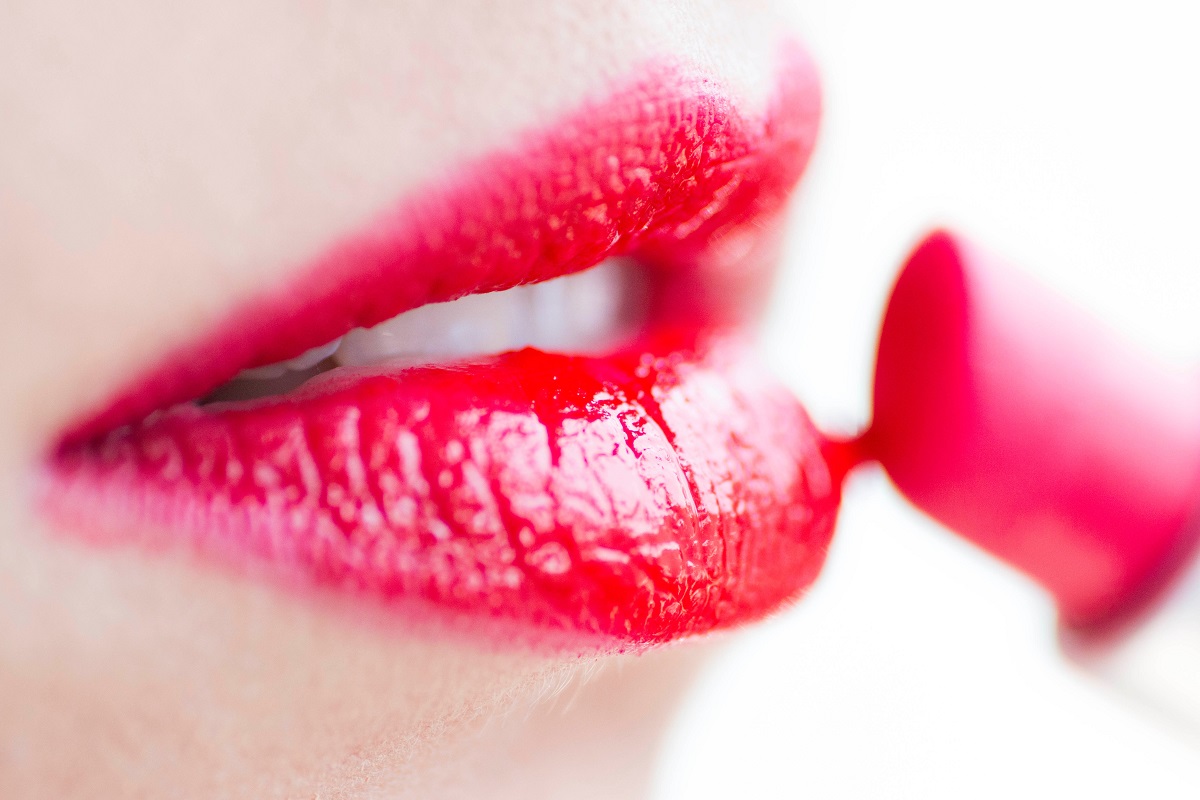 I saw her sitting behind the wheel with her long, blond hair. She leaned in a bit and seemed to gently move along with something. Her perfectly made-up face with red lips looked delighted at the cars in front of her. [ .. ] 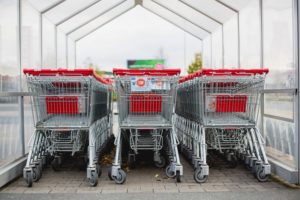 Monday morning 09:30. There I stood, still completely relaxed from the weekend. It wasn’t very busy for me that day, so I started my day doing my weekly grocery shopping. “Annie, did ye take a break already?”[…] 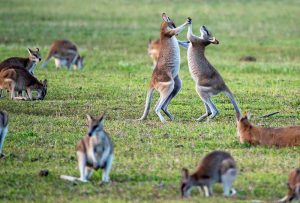 I’m on the couch with chips and wine, totally ready for the new season of ‘Het familiediner’ (the family dinner). But man, this season the happy, tearful reconcilliations are rather meager. Time and time again empty limousines arrive at the restaurant. [ .. ] 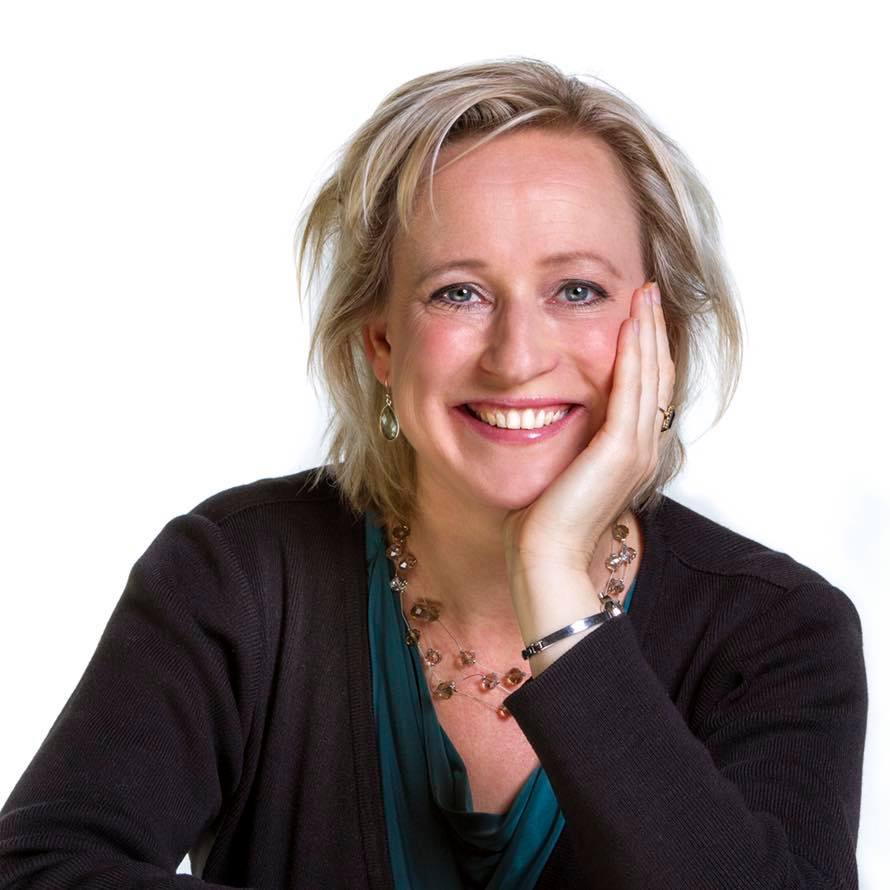 “This woman is just amazing, as coach and a human being. Natasja and I have been working together since 2006 to give teams a chance to flourish again. Team coaching is in her DNA. Natasja is sharp and straightforward, and she understands the art of guiding teams through difficult weather back to safe waters. Because of her in-depth and at the same time light-hearted approach, it’s a great pleasure to work together with Natasja.” 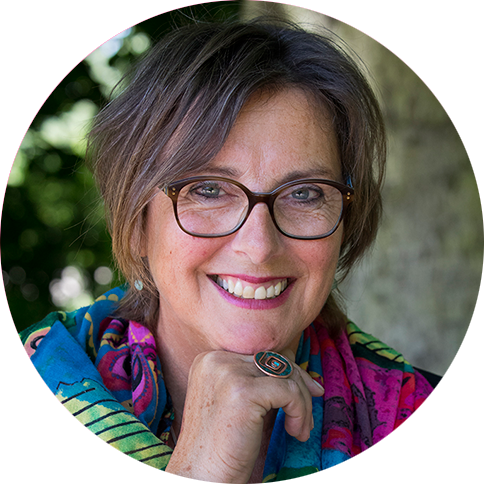 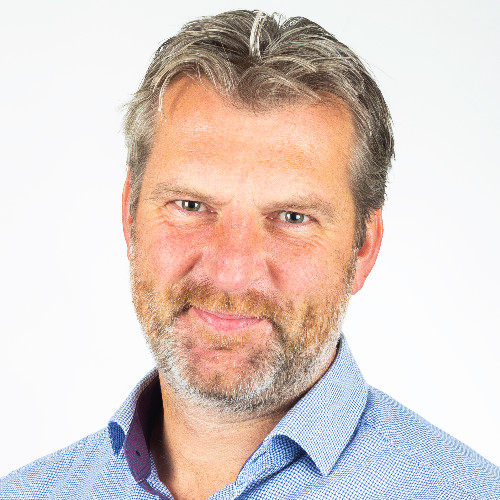 “Ben is a real old-school professional. Very precise in his analyses, so he always has a way of opening a small window I hadn’t found yet. He thinks it’s fantastic when people rediscover themselves by working together in a different way. I enjoy sparring with Ben a lot too. To really think about what our interventions trigger. We coach many teams together and because we usually have a slightly different approach, we cover a beautiful range of possibilities. I’m super happy with a wonderful colleague like him. 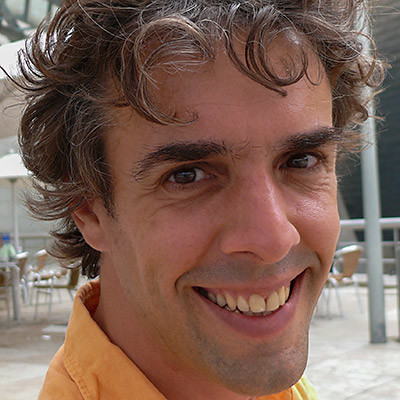 “Edgar is also referred to as the creative genius from Den Bosch. He’s a photographer, (graphic) designer and artist. He’s responsible for a lot of the visual material of The Teamcoach. Edgar is a true perfectionist, which sometimes drives people nuts. But then again, the end result is always beautiful. He clearly wants to show people and everything else in the best possible light.”