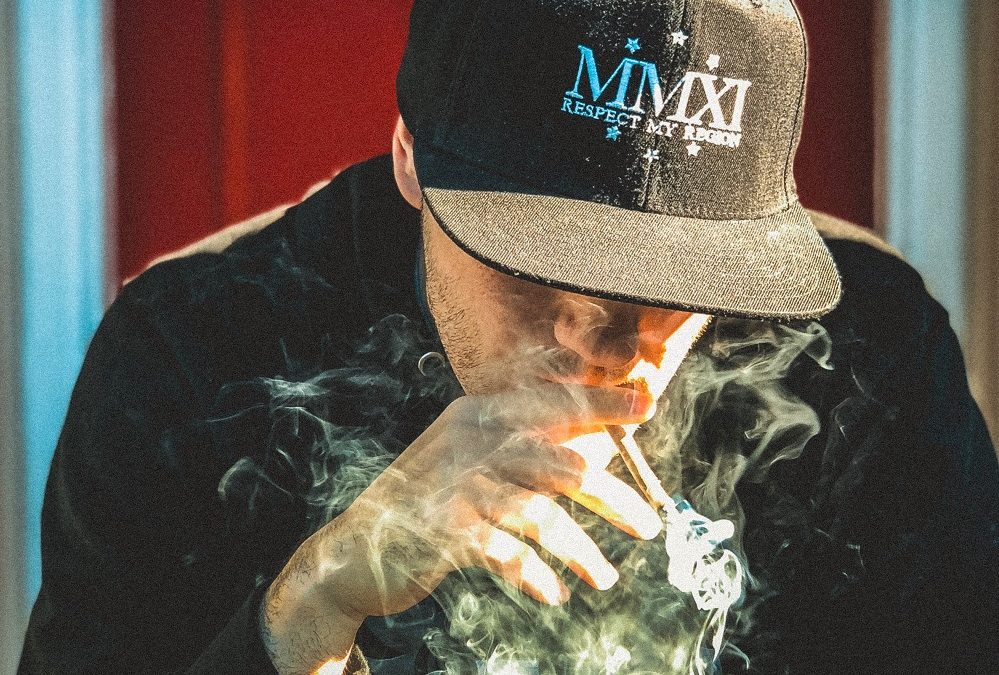 He walks out of the coffee shop. I don’t think the boy in the beige parka jacket isn’t more than 25 years old.

On his face, you can read the mishmash of freshness – because he’s still young – and tired eyes because of the long nights out, alcohol, and probably weed. He looks around a bit skittish, and then leans over to the security guard standing in front of the coffee shop door.

“That’s true,” the security guard mutters, taking his smokes out of this jacket. The security guard is somewhere around the age of 55. A quiet man in his usual black suit with the silver V pin, who apparently doesn’t value this “tradition” as much, but who does play along with the boy.

The security guard offers the boy a cigarette from his own package and together they chat about how busy it is and how tough things are. The nervous kid relaxes visibly, laughing loudly at the older security guard’s remarks.

Feeling at home in the dire cold, at 00:30 at night on the doorsteps of a coffee shop.

“Belonging,” we all want that. One of the first human needs that we often don’t express. Because we’re tough and independent and stuff.

But something we do all need and crave.

“Belonging” is expressed in small rituals: sharing a cigarette, the banter jokes at the coffee corner, using the same strange terms, abbreviations, and all kinds of other business stuff.

And sometimes it just doesn’t work that well, belonging together. Then you’ve lost it for a moment.

A few years ago, there was a very relatable advertisement from, I think, Randstad or something. It said: Do those stupid jokes at the coffee corner and the lukewarm beef croquettes in the canteen suddenly annoy you? Maybe it’s time to leave…

Sometimes that’s true, then it’s time to say goodbye. And sometimes not at all!

Are you in one of those moments of just not feeling like having lukewarm beef croquettes, but is saying goodbye a bridge too far? Are you curious about what else could possibly be different in your team? Then go have someone conduct a good team analysis. Take a look here: https://www.deteamcoach.nl/analyse-advies/

If you make sure there are lukewarm beef croquettes and silly jokes, I’d be happy to drop by for a preliminary exploratory talk, without any fuss, without an invoice.